The conservation aspects of the new GLAS scheme are already showing results according to Barry Luby, and the Lisacul, Loughglynn and Gortnaganny Game Protection Association ( LLGGPA) of which he is Chair, is happy to reap the rewards. The environmentally friendly measures, which include turning over small areas of land to cereal growing to feed wildlife and mowing and topping pastures to assist ground nesting breeding birds, are having a positive effect on the local pheasant population and, indeed, on wildlife in general.

This positive effect was evident at the well-attended LLGGPA annual pheasant and duck shoot, held on Saturday 5th November when an enjoyable day out was had by all. A number of competitions were held on the day and the results are as follows.

A very enjoyable social and presentation was held in the Village Inn, Loughglynn afterwards and the club would like to thank everybody involved, especially all the landowners who gave permission to shoot on their property.

The club are actively involved in the control of the vermin population and any farmer who needs assistance should contact any club member and we will gladly assist. Please note, all club members are fully insured and carry ID and insurance details with them at all times. A list of fully insured member is available from club secretary, Brendan Deeney. 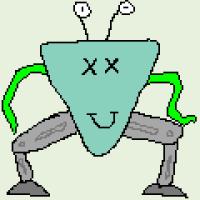